MAPSystems leveraged its expertise to facilitate Australian based event videographer transform mundane event footage of 6 hours into an enthralling and 360 degree video stream of just 50 minutes.

Inspired by our track record of delivering impeccable video footage editing solutions, we were received an enquiry by a renowned Australian event photographer. He had captured the proceedings of an event from different angles. The length of the raw footage spanned 6 hours. The requirement was to transform the video recording into a 360 degree shoot. The length of the changed video should not exceed one hour at any cost.

Transforming a raw footage into a 360 degree video is highly specialized task and only a few vendors excel in this intricate digital task. MAPSystems has a competitive edge over other handful of vendors in this domain in terms of cost affordability. The rates for the conversion are high as digital infrastructure as well technical expertise needed fetch high premium. The event photographer was asked to visit our extensive portfolio of 360 degree videos which we had delivered for previous clients. Since the photographer had sought quotations from other vendors too, he was amazed by our exceptionally competitive service charges and entrusted us with the project.

The problem that we primarily experienced was the length of the video. Six hours footage had to be changed and condensed into hour long footage. The redundant elements in the video have to be meticulously pruned and useful sections have to be culled. Next the culled portions have to be carefully stitched for the purpose of creation of 360 degree videos.

Since the video pertained to a corporate event, the professional in the final outcome had to be clearly evident. Any shabbiness would put the credibility of the photographer at stake. We had to handpick those video editors who had previous experience of successfully handling event videos. This was imperative to prevent aberrations, distortions and abrupt transitions in the final clip. Each culled scene should appear to seamlessly blend in successive scene to give a semblance of perfect continuity.

Audio-visual inputs and external digital embellishments have to be added to enhance the appeal of the video. The aforementioned tasks were cumbersome and highly technical in nature. Seasoned professionals with superlative skills as well as high end computing resources were required to complete the 360 degree wedding video editing task successfully and deliver the same within deadline.

MAPSystems developed a strategy under which few editors who had 5+ years of experience under the belt were selected. Needful computing infrastructure and video editing software were allocated to them. An expert event manager’s service was also hired to ensure that he would oversee the process of culling the raw footage to prevent inadvertent omission of any important event part. This was needed to create a smooth effect.

The team members were subjected to intensive one day training on proprietary video editing software to refresh their skills. Contemporary developments in the VideoPro and AutoPano software and latest enhancements were learnt.

When the 360 degree edited event footage was finished processing, the net length was mere 50 minutes. Client was shown the outcome of 360 wedding video editing and he profusely praised our efforts and confirmed that the video had lived up to his expectations. He was also happy to note that the quality of the video had not been compromised to keep the costs low. He immediately awarded us with one year contract for all videos that would be recorded in the duration. He also promised to recommend MAPSystems to his professional acquaintances.

MAPSystems is committed to offer top notch and eclectic video editing services to clients looking for non-expensive yet superlative 360 degree videos to be delivered within tight deadlines. We have dedicated and experienced video editors who are conversant with latest and cutting edge editing software and can produce flawless and seamless event videos. We are always eager to strategically help our clients accomplish their 360 degree videography editing related objectives.

We cater to all customization related editing needs for event videos at industry lowest rates with exceptional turnaround time. 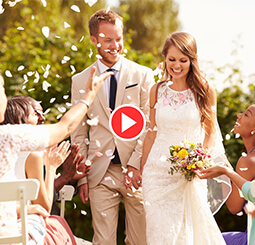 Information presented or provided on this website in all forms is the sole property of MAPSystems. Visitors are not allowed to duplicate or reuse/replicate this copyrighted content in any manner without consent of MAPSystems. Copyright ©2022. All rights reserved. Terms of Use | Privacy Policy